It's been about three weeks since I updated you on my Marcelle Medallion quilt. Shortly after I posted that I added one simple border (cropped really poorly here, but you get the idea!) 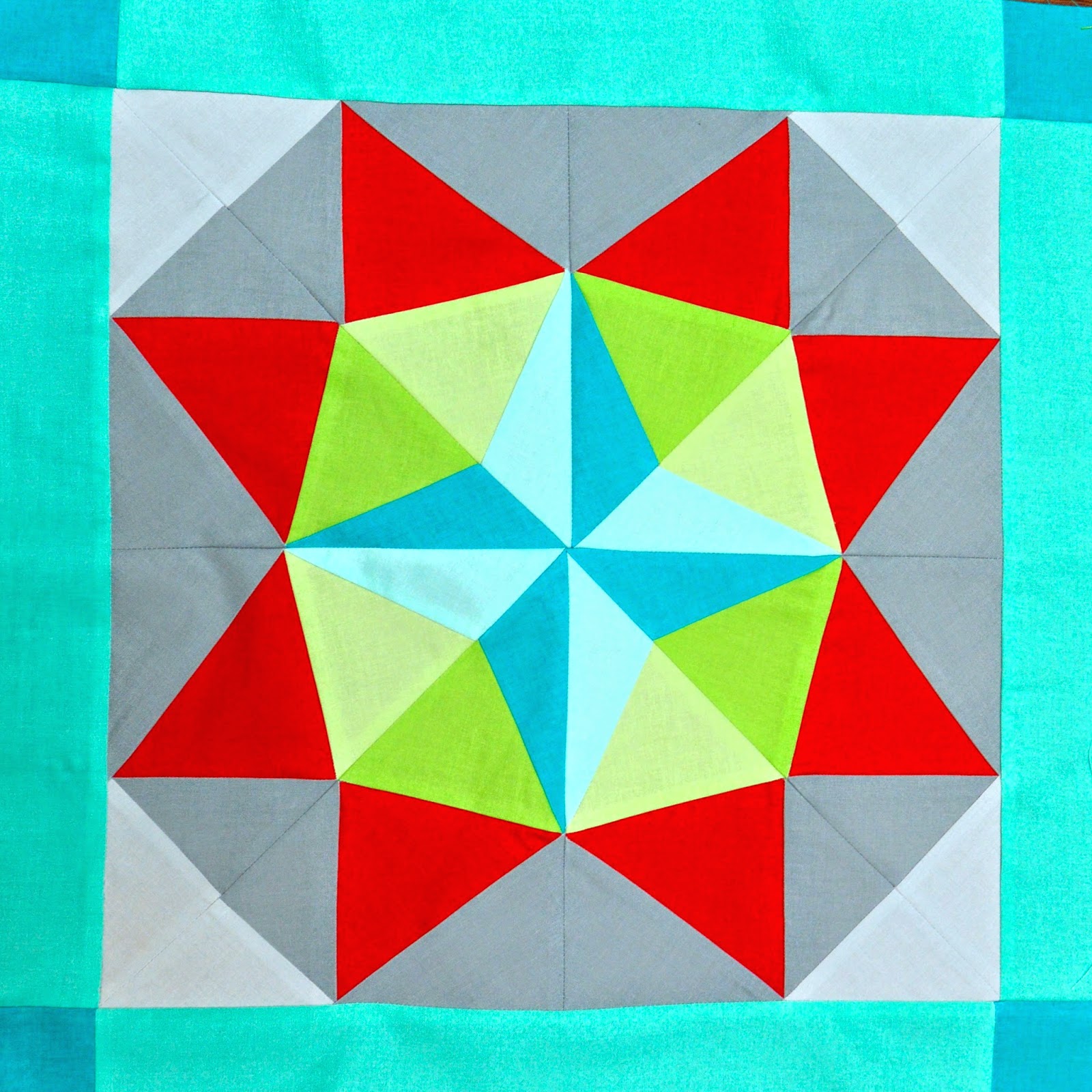 And then it sat. You see, just like the center medallion, the next border was something new to me. 60 degree triangles. And, just like the medallion, the book provided a template to cut out all of the triangles, but I knew there was an easier way to do it. I toyed with the idea of paper piecing my border and then I remembered that I have a 60 degree ruler (still in the wrapper, never been used!)

Rather than dive right into the borders, I decided to try out the ruler first. I had a swap project that needed to be made (which I will share with you in due time). 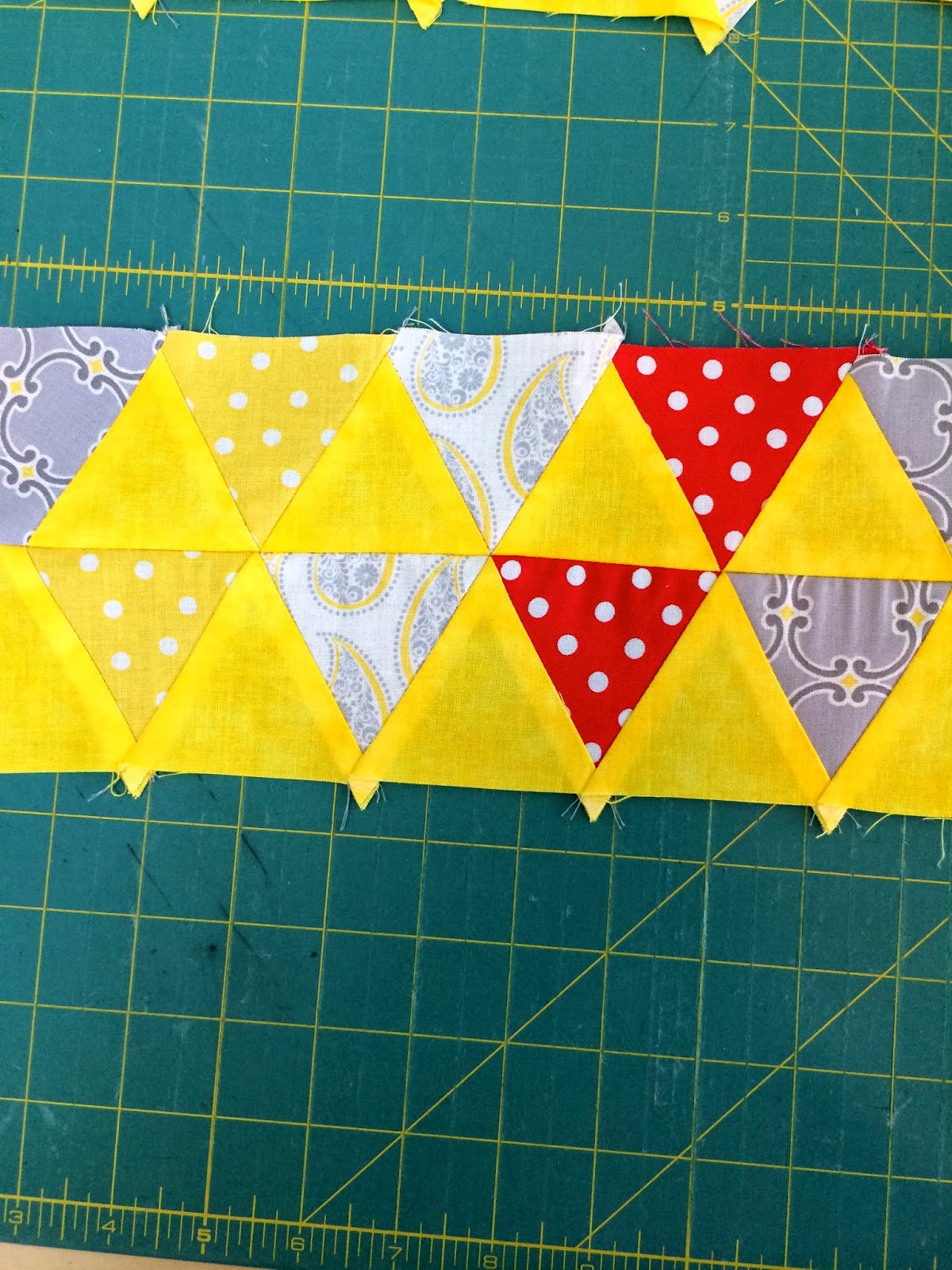 And darned if those triangles didn't go together easy as pie! I didn't chop off a single point! 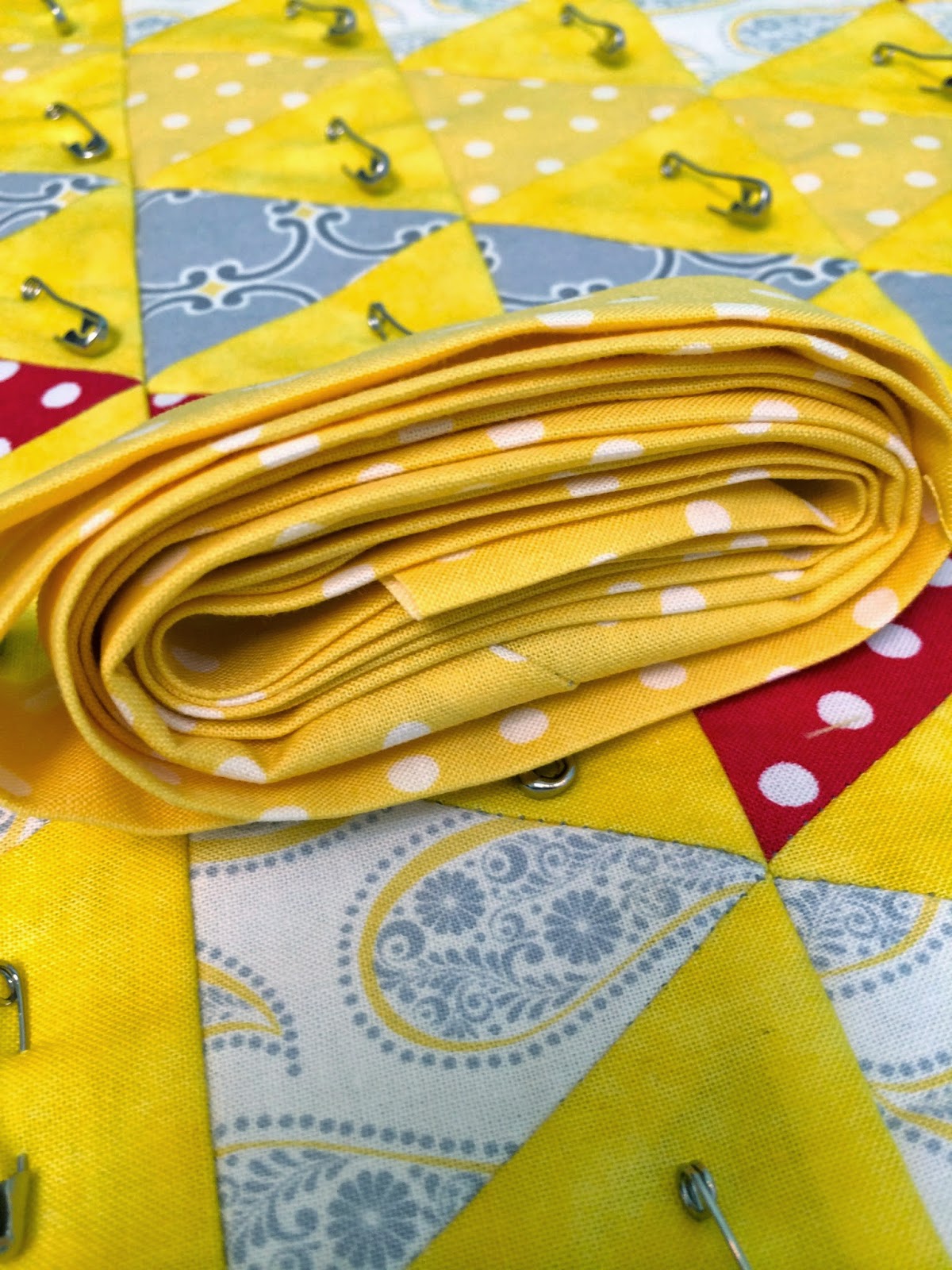 (another sneak peak just before quilting and binding)

And so I dove right in! By the end of the day, borders 2 & 3 were added. Oh, and you might have noticed I added a corally pink to  the mix of solids.... 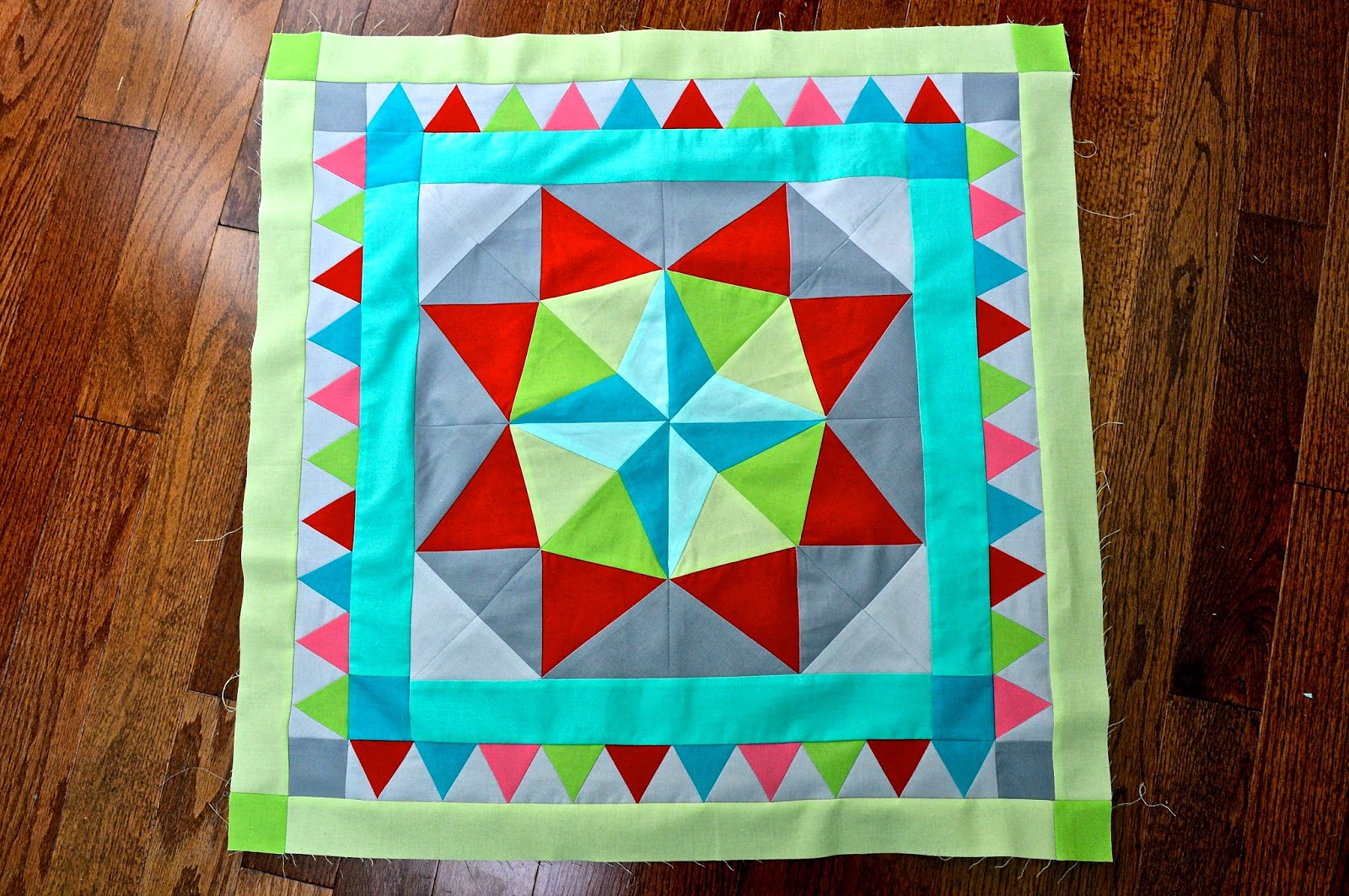 Love the 60° triangles those points are perfect. Love the fabric you have used for the swap.

Nice borders and I like the corally pink you added..

Puuuuurrrty! It's going to be a stunning quilt.

This is looking great!