The Placemat Project wrap up

if you've been following along on the Placemat Project swap you know that I was still waiting to share the placemat I sent off to my fourth partner and what I received. Well the swap is complete and now I can share! This is a fun story....

My fourth swap partner was my buddy Trae! I was determined to keep this fact a secret from her. Several times she came to my house for crafty Tuesday and I had to remember to hide her placemat and try very hard to avoid the topic of the swap! I had her placemat finished early on and was just waiting to mail it to her (yes, I could have delivered it to her personally but I chose not to!). 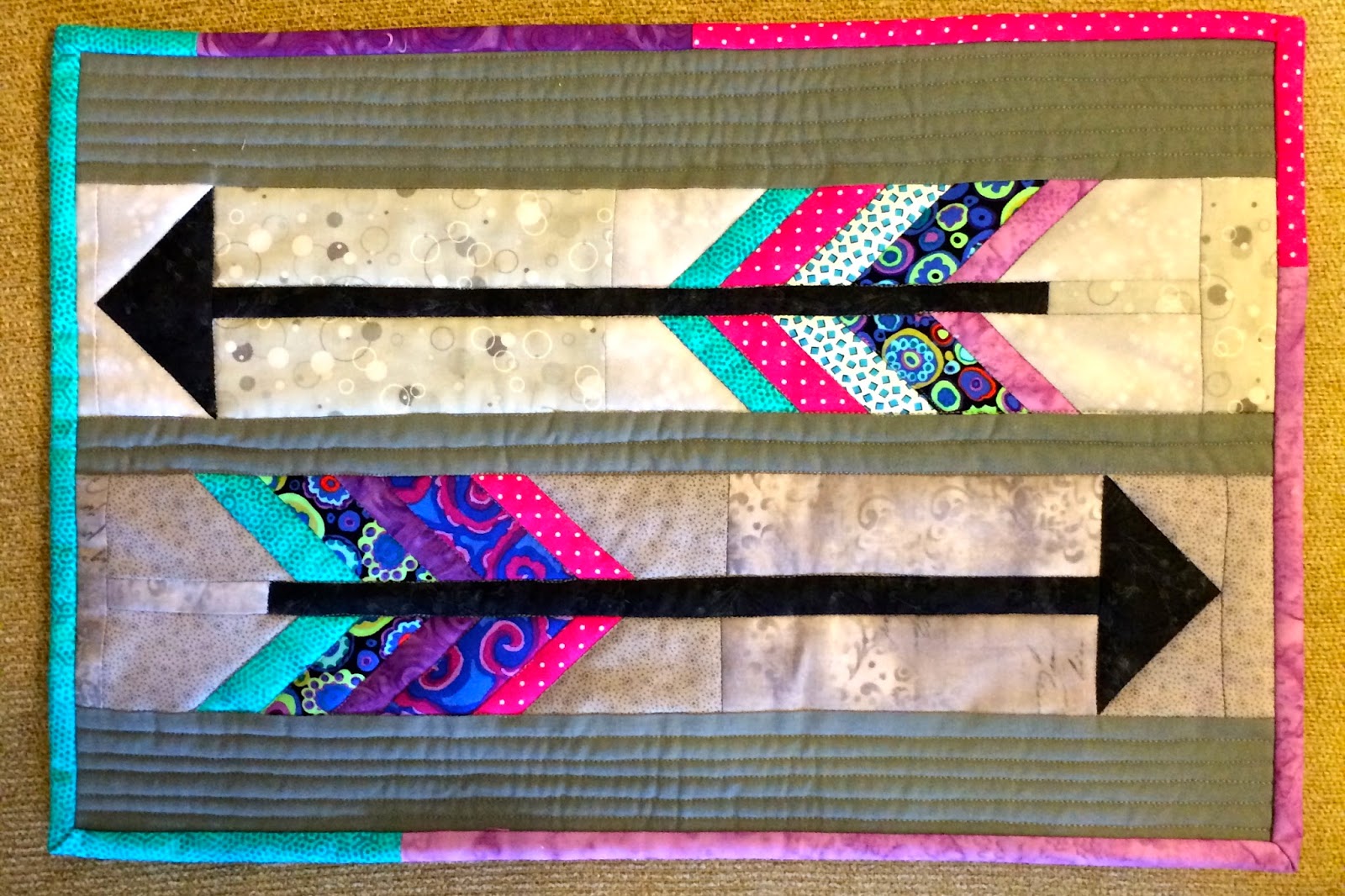 I had been eyeing up these arrow blocks for a while, wanting to try them. I decided this was the perfect opportunity! I used this tutorial. Trae loves clear jewel tones (especially blues!) and is a big fan of Kaffe. Last Monday, just a few days before the deadline, I popped it in the mail.

After a couple of days of instagram banter, during which time I became a bit suspicious, I opened up my mailbox and found my final Placemat Project bundle from...... you guessed it..... Trae! and get this.... she made me not ONE placemat, but TWO! 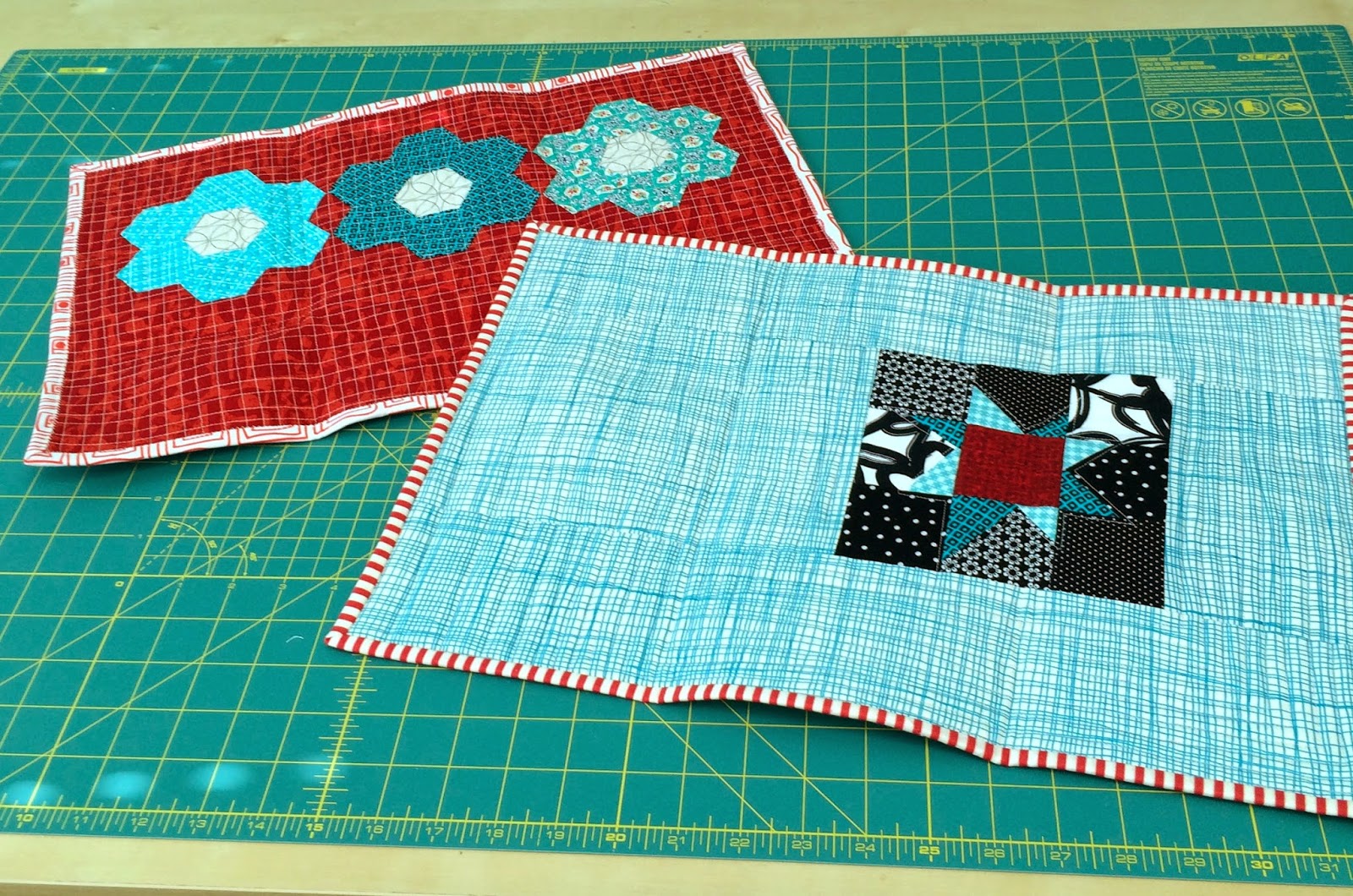 Sorry I had not ironed them yet in these photos, but aren't they wonderful? Another star placemat to go with my first two, and some awesome EPP flowers, which Trae makes in her sleep, I swear! And get this.... the backs? All set for Christmas! 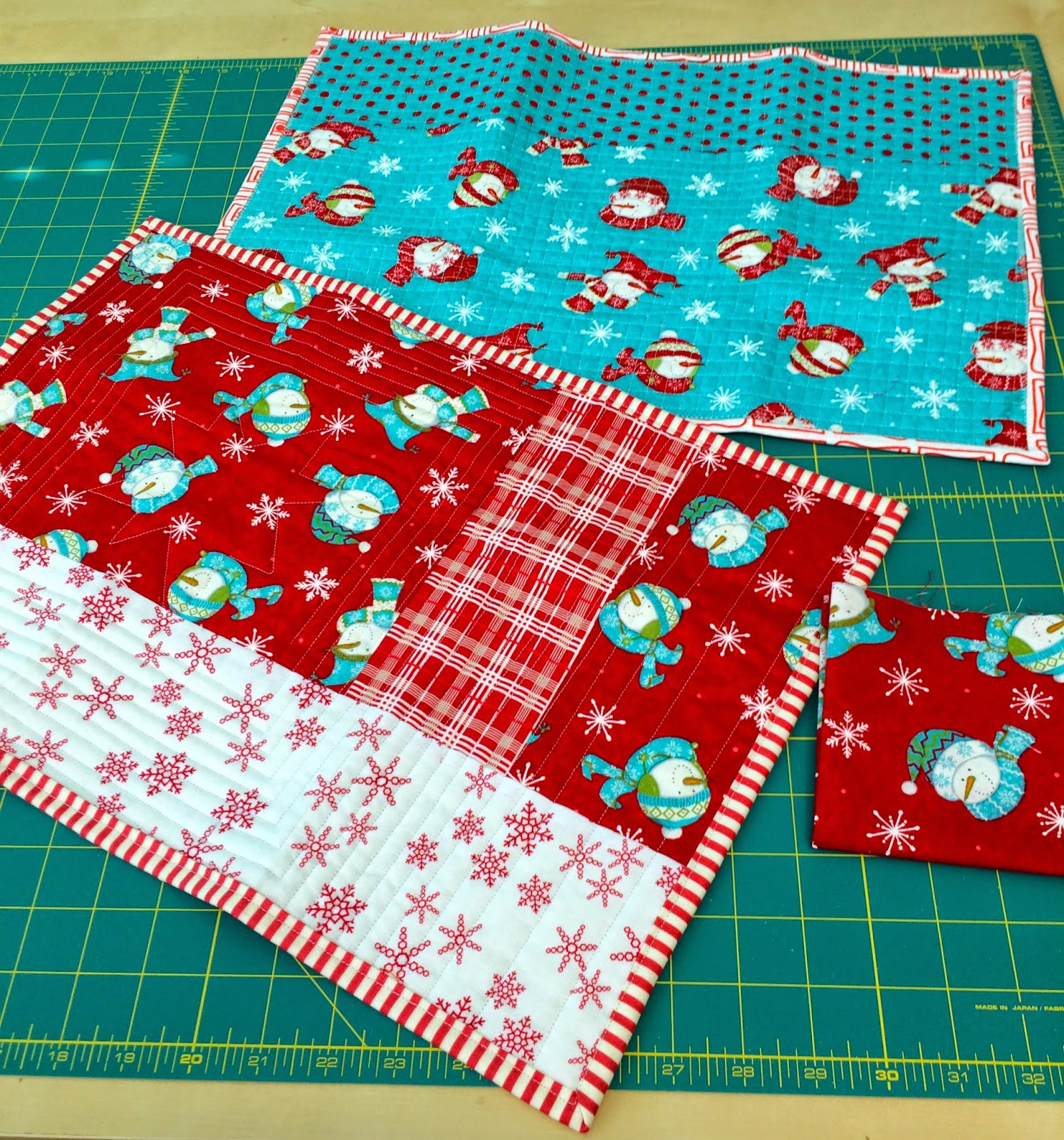 Trae had actually posted these fabrics on Instagram and I had shamelessly begged for her scraps.... never guessing they were for me in the first place!

So here are my FIVE finished placemats, waiting for me to use them.... 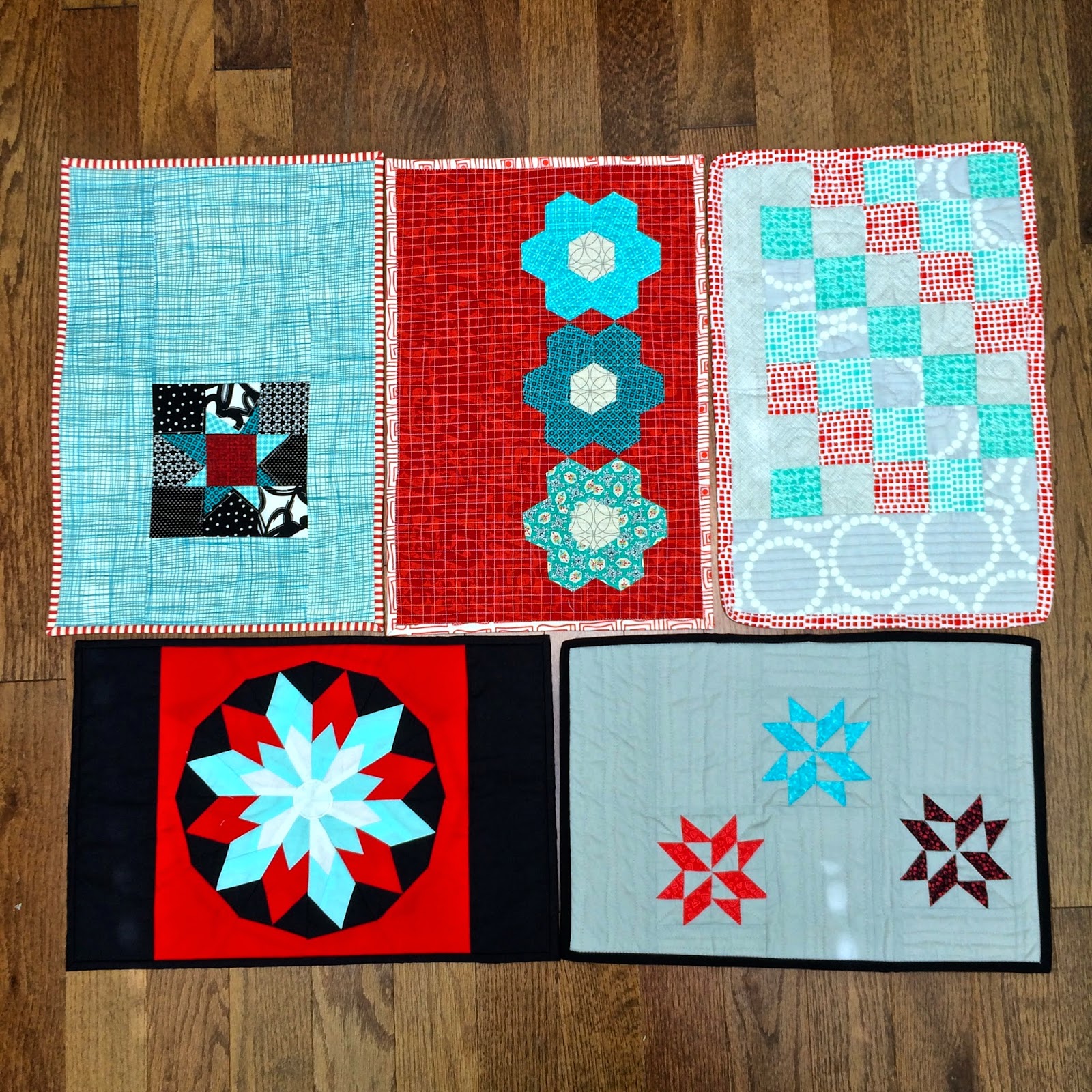 Thank you so much swap partners! I love them so much. I hear rumors of another round of The Placemat Project in the fall.... I can't wait! Are you in?
Posted by Ellyn at 8:15 AM

oh what a fun swap for you! Love your arrow designed one!

Those placemats are so pretty.ove the arrow placemat. One of these days, I might try to make one 😊

What a fantastic selection you received & how FUN that you and Trae got to swap, too!

Yes, I am going to play again!