We're having a fun weekend here in Texas! Yesterday, Ally wore here homecoming mum to school. I warned you that she was going a little crazy this year. Here it is! 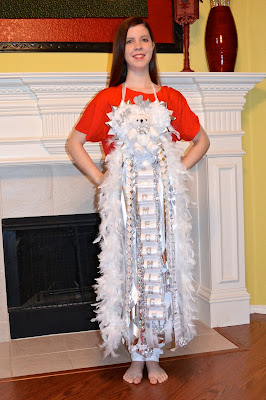 I know some of you (who don't live in Texas!) are going "HUH?" about now! In fact, before we moved here I had no idea this was even a "thing".  Homecoming mums in Texas are pretty amazing. Ally's senior mum is actually three mums, lots of ribbons and bobbles and a feather boa. She made it herself & had a lot of fun doing it. I've read some blog posts going on and on about how horrible this tradition is, blah blah blah. Well, my kids have had fun with it so why not?

Guess who else is home for Homecoming weekend? My oldest, Leigh Anne! 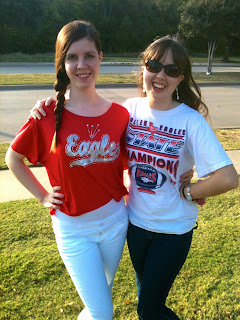 Last night, hubby and the girls and I went to the High School football game. You might have read about our new 60 million dollar stadium last year. It was pretty well talked up nationally. Well this was our first trip to the stadium. 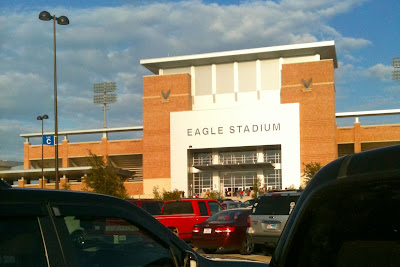 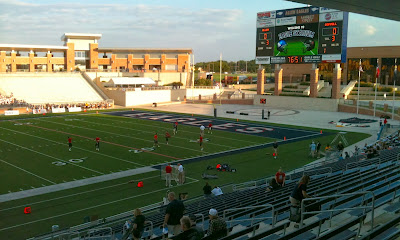 In case you are wondering, we won the game last night. Undefeated so far this year.

Why the mum tradition anyway? She did a great job with hers!

Wow Ally your mum looks great... How did the tradition start?
How good to have Leigh Anne home too . Enjoy your girls.

Beautiful mum! I have lived in Texas all my life and when I was 4, I carried the homecoming queen's crown on a pillow! She wore a mum, and that was 61 years ago, so the tradition has been around a long time. I, too, wore mums, as did my daughter, and now my granddaughters. The guys wear little mum garters here.

So glad it was a great weekend! I enjoyed meeting Leigh Anne.

She looks adorable. So fun to have your older daughter home as well. Glad you had a great time.