Well, sewing-wise, February did not turn out as planned! Due to the new house find, packing and moving, sewing was put on the back burner pretty much. I did, however, have one finish early in the month that I can finally share with you! I entered the international pouch swap that Jenny (the Patchwork Mummy) set up. Jenny partnered me with Michell from New Zealand! Since I didn't want my pouch for Michell to get lost in the moving shuffle, I finished it up early, popped it in the mail, and learned yesterday that she has received it. 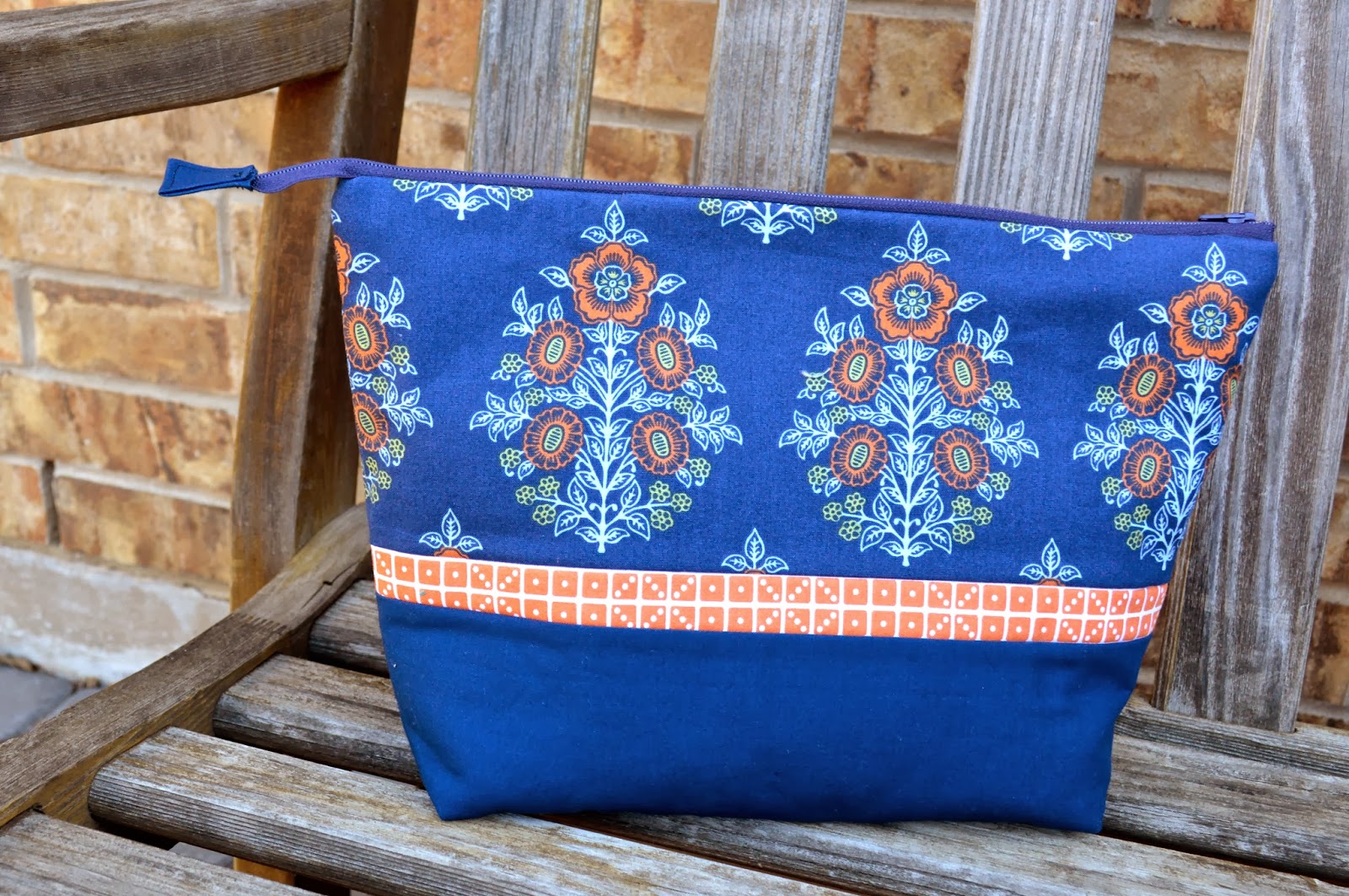 I used Anna (Noodlehead)'s pattern for the open wide zipper pouch for the first time. What a great tutorial! Have you tried it? 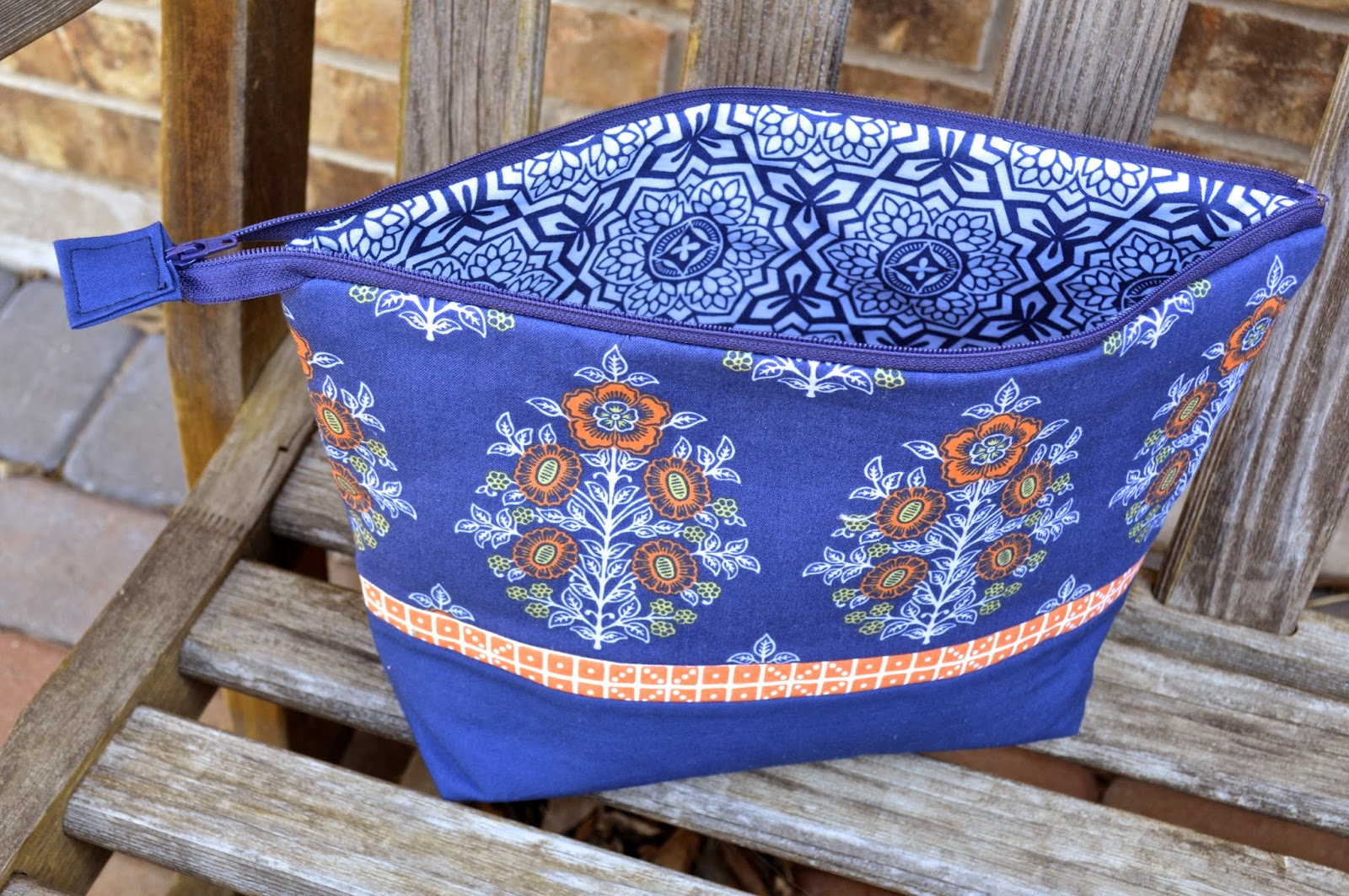 I had so much fun making this one that I couldn't stop! Before I knew what hit me, I made a second, smaller pouch too.... 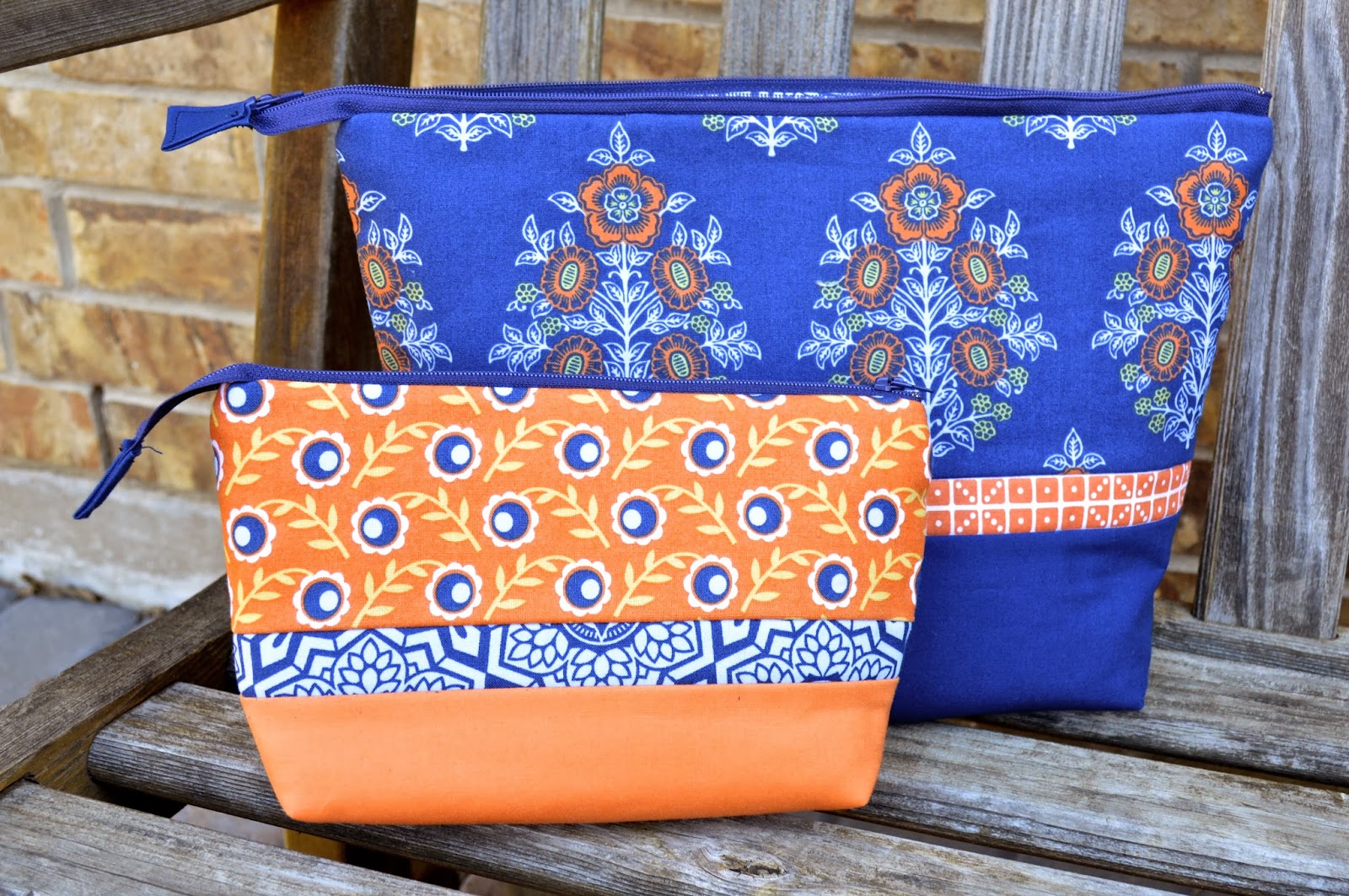 I gathered some goodies (Texas fat quarters & salsa mix to represent my home and some other treats) and sent them off to Michell... 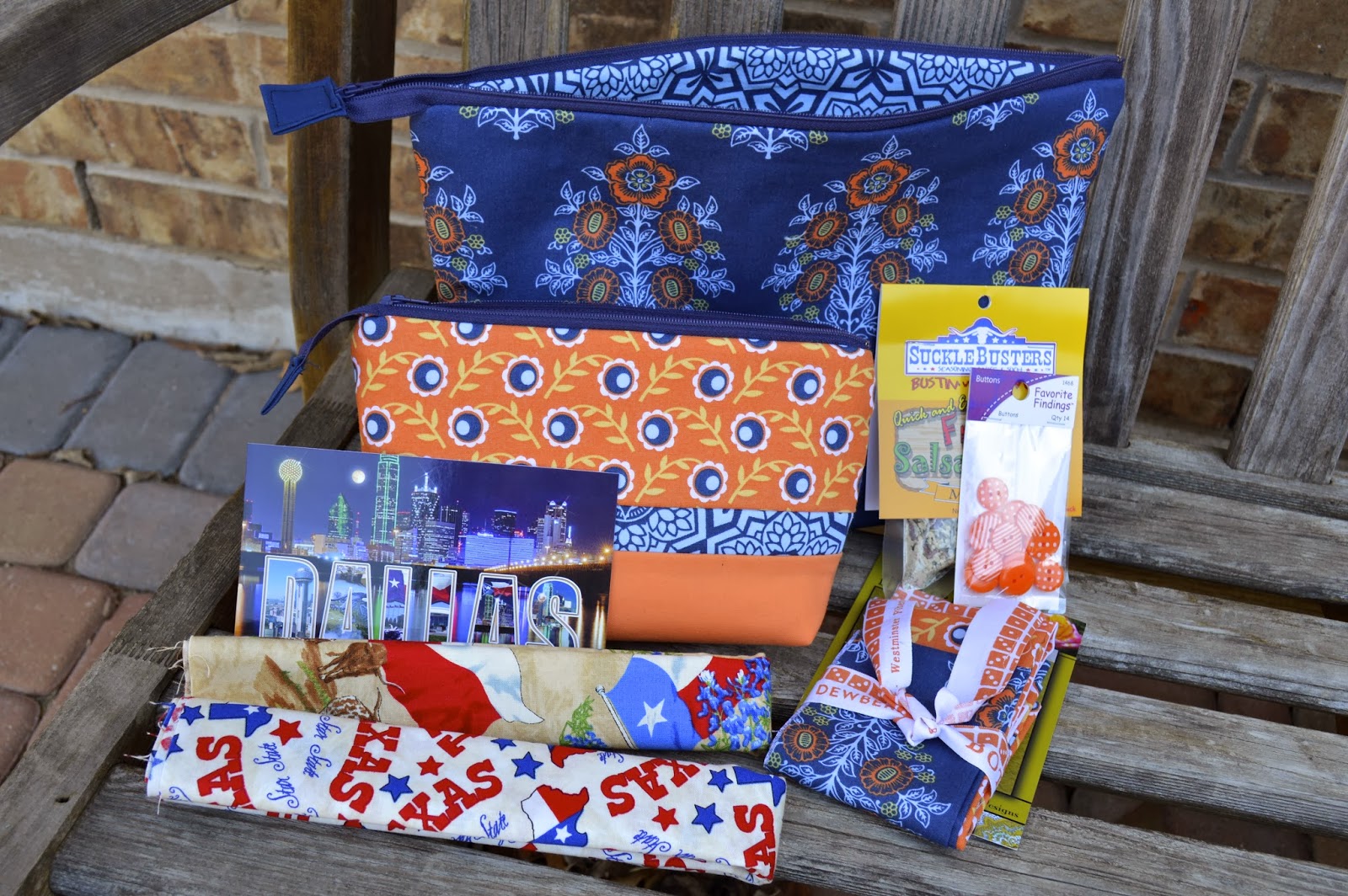 I hope she enjoys them! And that's it for February finishes. Pathetic, huh? Now off I go to pack some more boxes....
Posted by Ellyn at 8:33 AM

These pouches are so pretty! I love the fabric combos that you chose. I made myself one of these bags a while ago and I use it for my make-up bag.

I think it's a great finish considering all the other things you've accomplished getting ready for the move!

I love that pattern! It is such a useful bag. Yours are gorgeous! LOVE the colors.