Well spring break is coming to an end. We had a wonderful week, hubby was off all week as well as Steve & Ally. We did take a little jaunt last week....
Last Sunday we drove almost 10 hours to Columbia, Missouri, to visit the University of Missouri (Mizzou). Steve was interested in seeing their broadcast journalism school as he is thinking this may be what he wants to study. He has already seen the journalism school at Arizona State (where Leigh Anne is a student) so now he has 2 to compare. Monday, we toured the campus, the journalism school and the tv station. 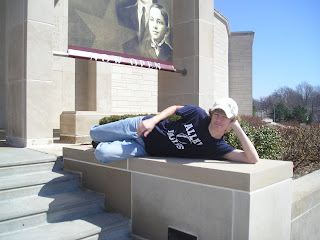 On Tuesday we drove to Independence, Missouri, to tour the Truman Presidential Library. I think Steve had had enough walking the day before! 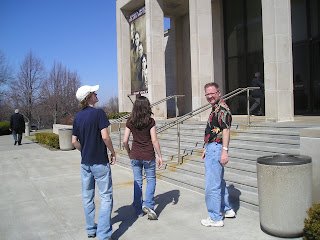 But hubby is a huge fan of presidential libraries, & truth be told, we all enjoy them & learn a lot from touring. Here is one of the Truman homes downtown. 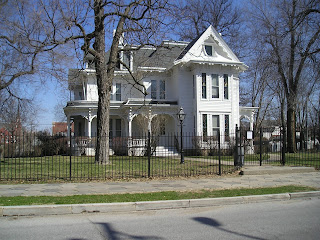 As you can see, we had amazing weather for our trip. We were all worn out after another long day of driving on Wednesday, but it was well worth it!